Sashimi is a Japanese delicacy that has been used in Eastern cuisine for centuries. While the terms “sushi” and “sashimi” are often used interchangeably, the two are very distinct. Sashimi is thinly sliced raw seafood served on its own, while sushi refers to any dish made with vinegared rice. Although sashimi is not technically classified as sushi, it can be found in almost any high-quality sushi restaurant alongside some of the most popular fish dishes. Continue reading to delve into the historical and cultural importance of this Japanese delicacy.

Sashimi is raw seafood, usually fish, that’s sliced into thin, bite-sized bits. Sashimi is most commonly made from tuna, but can also be prepared with other popular fish such as: 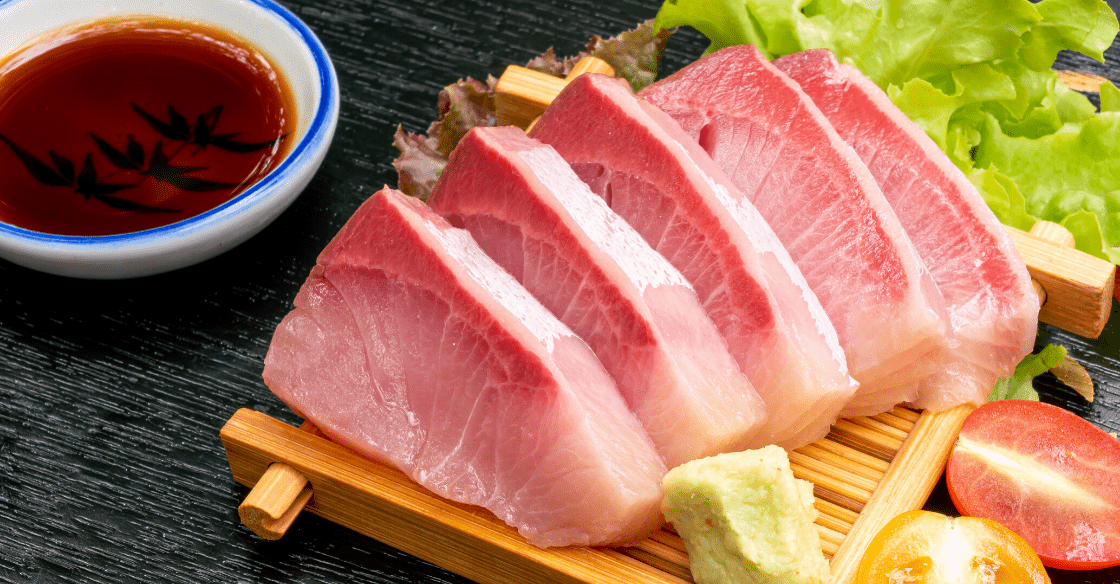 The exact origins of sashimi are unknown, but many theories exist about the genesis of this delicacy. The word sashimi translates to “pierced body” or “pierced meat”. Many believe that the word is derived from the traditional Japanese culinary practice of ikejime, in which a fish’s brain is pierced with a spike right after being caught to prevent lactic acid from building up in the muscles in order to preserve the freshness of the fish.

Most fish used for sashimi are harvested using the ikejime method, hence the theory of the name. Others believe that sashimi originated from the sunomono dish, namasu, a dish made of uncooked vegetables or seafood that has been thinly sliced and marinated in vinegar.

Regardless of its origination, sashimi has been enjoyed in Japan for centuries by everyone from the working class to royalty. Sashimi made its debut in the states in the 1960s when the first sushi restaurant was opened in Little Tokyo in Los, Angeles, CA. Now there are over 4000 sushi restaurants in the United States and sashimi can be enjoyed virtually all over the world.

The thickness of a cut of sashimi depends on the type and age of the fish being prepared. Hira Zukuri, ⅜-inch rectangular slices, is the most common sashimi cut and is often used for tuna, kingfish, and salmon. Usu zukuri is a very thin, almost translucent slice of meat used to cut tougher fish, such as flounder. Other sashimi cuts include kaku zukuri (cubed slices) and ito zukuri (1/16-inch strips).

Once the sashimi is cut and prepared it is usually served as the first course in a traditional Japanese meal, but can also be enjoyed as a main course with rice and miso soup. Sashimi is typically presented on a platter or on ice with a garnish of daikon, an Asian white radish. Soy sauce, wasabi, and pickled ginger are often served along with seafood sashimi and ponzu sauce is commonly enjoyed with meat sashimi. Wasabi is a staple for any sashimi platter because it elevates the taste of the fish and also minimizes its smell.

Because sashimi is considered an art in Japanese culture, the resulting platter of sliced fish is a beautiful assortment of colorful meats and seafood usually garnished with vegetable cuts and flowers like chrysanthemums for decoration. When prepared correctly, sashimi is truly a feast for both your eyes and palette!

Where to Find Sashimi

The popular fish option of sashimi can be found at almost any sushi or Japanese restaurant. Here at RB Sushi, we offer albacore, escolar, salmon, tuna and yellowtail sashimi prepared fresh by our professional sushi chef. We also offer all-you-can-eat sushi so you can mix and match your favorite rolls with the sashimi of your choice for an affordable price. If you’d like to experience the ancient art of sashimi for yourself, order online or stop by one of our three locations today. 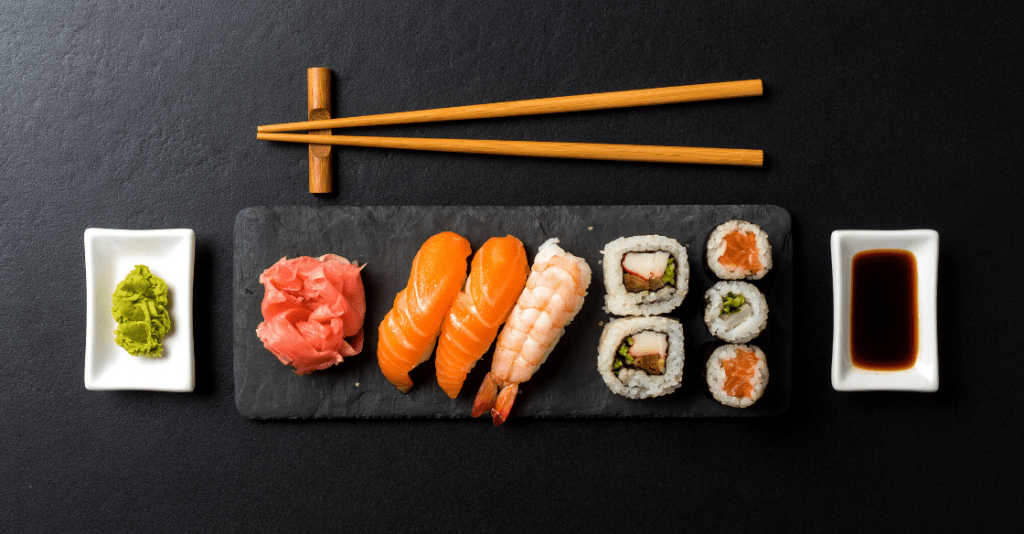 The Good Vs. The Great: What Characteristics Make Sushi “High-Quality”?