Although sushi made its way to western shores in the 1960’s, many people are still perplexed by the Japanese cuisine. Sushi is as easy to come by as an order of greasy french fries, but even after 50 years, many people still hold some misconceptions about this dish, including whether to use sauces and pastes. Here are four myths about sushi that every sushi connoisseur should know.

One of the most common myths about sushi that deter people from eating it is that they believe it’s too expensive. While there are some pretty pricey sushi joints out there, not all sushi bars will break the bank. The price of your sushi depends on a number of factors including location, quality, and seafood prices. Because fish sourced locally is much cheaper than imported seafood, sushi purchased on the coast is usually higher-quality and more affordable than sushi found farther inland. Opting for all-you-can-eat sushi is also a great way to get affordable sushi without compromising on the quality.

When most people think of sushi, they picture traditional nigiri or sashimi but sushi is so much more than just raw fish. Sushi is actually any dish prepared with vinegared sushi rice and this is usually accompanied by some form of seafood, but not always. Beyond raw fish, sushi can also include fruits, vegetables, pickles, meats, and more fillings and ingredients. Different types of sushi include: 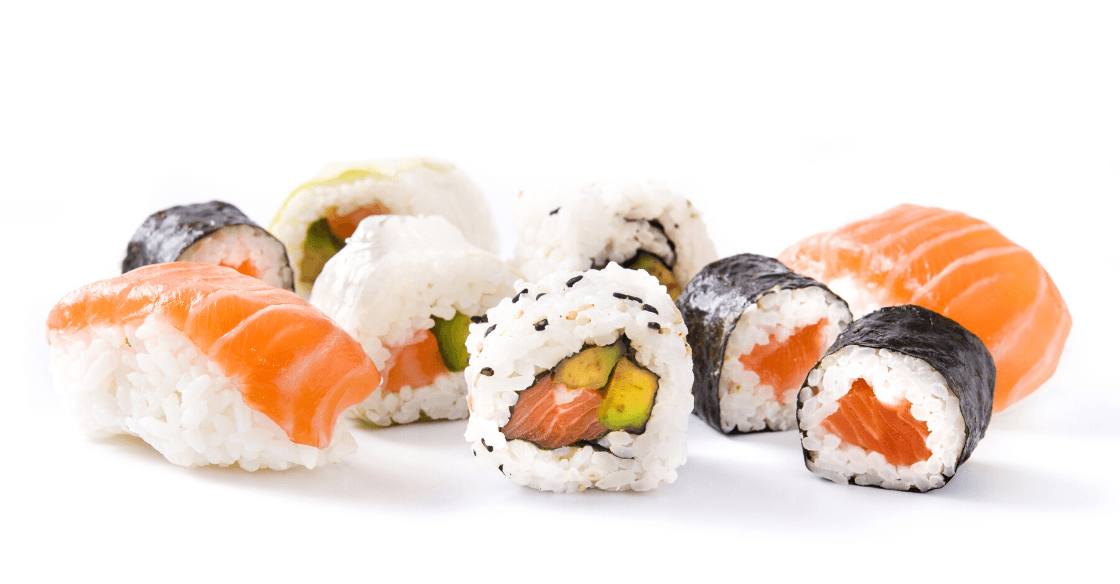 There’s no denying that soy sauce is the most common condiment to enjoy with sushi; however, there are a variety of other toppings that often pair better with certain sushi dishes than soy sauce. Other common sushi sauces and pastes include:

While soy sauce is delicious with many types of sushi, supplementing your meal with sauces and pastes like wasabi, ponzu or eel sauce will bring out the flavors in your dish. Regardless of the sauce you use, make sure to use it sparingly as sushi should never be fully drenched in sauce and should be seasoned well enough on its own.

4. You Should Drink Sake with Sushi

Commonly served at formal ceremonies, special events and holidays, sake is traditional Japanese alcohol made from fermented rice. Since sushi is also a rice-based dish it is not typically eaten with sake because of the similar flavor profiles. Although it’s not traditional to pair the two in Japan, many people in America do so and enjoy the complementary combination.

Even though the sushi industry has experienced immense growth in America over the past 50 years, there are still a number of myths about sushi that discourage people from trying it or from enjoying it as it was originally intended. If you’re interested in debunking these myths for yourself, come visit RB Sushi or call us at (619) 354-7473 to place an order today.